As the futures market goes sideways, the technical indicators have rolled over and are declining, proving there is more than one way to correct an overbought market. The 40-day moving average, left far behind for many weeks, will begin to edge closer to the market by the day.

There are two fundamental stories, both already well-known and both will take turns driving the narrative for months to come. The bearish supply view for Q2 is worsening, thanks to poor prospects for wheat pasture which have resulted in cattle coming to town to be placed against Q2 rather than hitting Q3 as would have been the case. Until the weight break downs in the November and December USDA Cattle-on-Feed reports are known, a precise forecast is impossible. The 5 prior months’ placements were light when viewed as a whole. Big numbers in Q2 are nothing new. The question is will 2020 Q2 exceed 2019 and if so by how much?

Then there is demand, which is spectacular, both domestic and global. The protein shortage that is occurring globally due to African Swine Fever is driving non-fed beef prices higher, which is in turn, supporting fed cattle end cuts. The chuck last week rose to the highest weekly average prices since January 2016. Domestic beef 90s are already at a level not seen since 2015. The select chuck and round are experiencing great demand too. 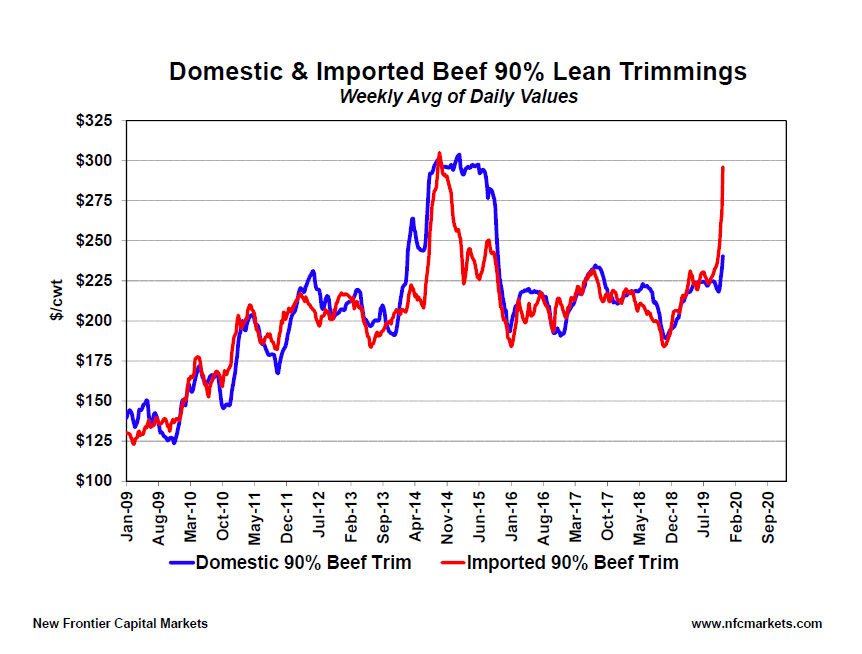 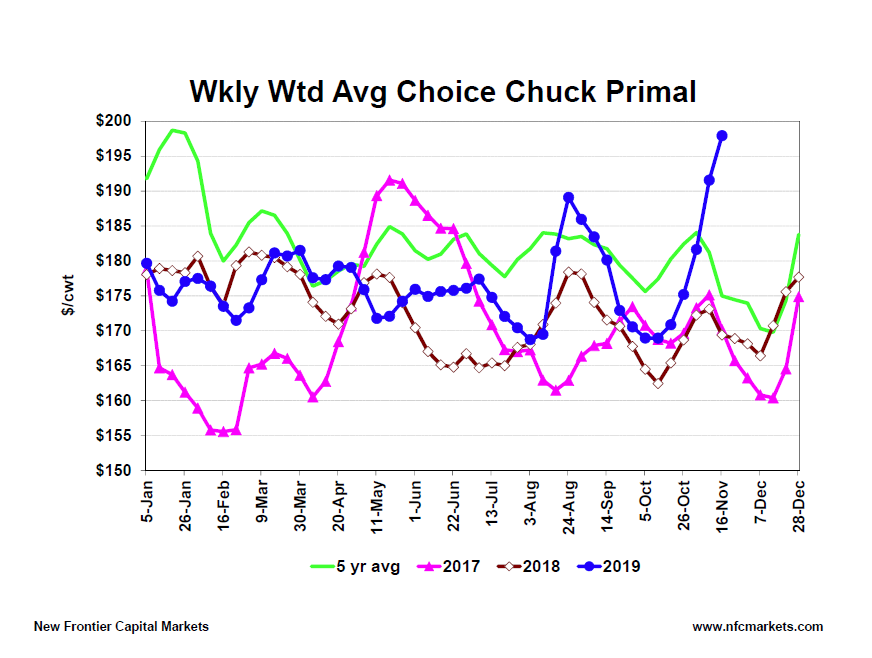 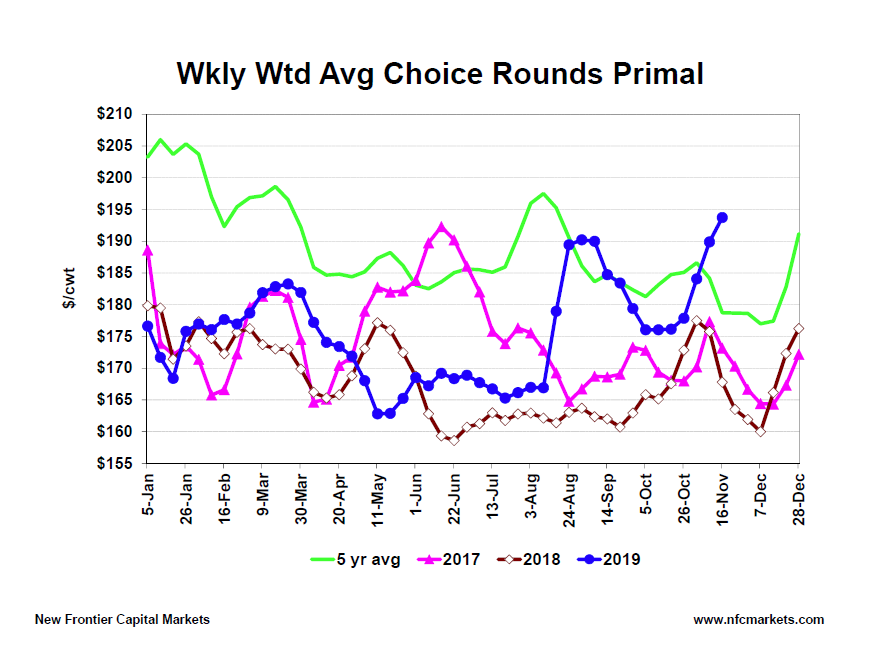 The strength in end cuts will cushion the seasonal decline always seen in the cutout in the final weeks of every year. Actually, it’s normal for ends to rally the last 3 weeks of the year. But this year is hardly normal.

The great beef demand has taken the cutout higher in Q4 than any one expected, and supported packer margins last week that were the fifth largest in history. This week’s fed kill will exceed 520k head and likely will again the first three full weeks of December.

In the cash cattle trade it is very quiet with no bids. Cattle are starting to be scheduled for the Finney County plant and by late December, the industry plant capacity will be restored.

The Beef is published by Consolidated Beef Producers

Use of part or all of this blog for any reason without permission is strictly prohibited.